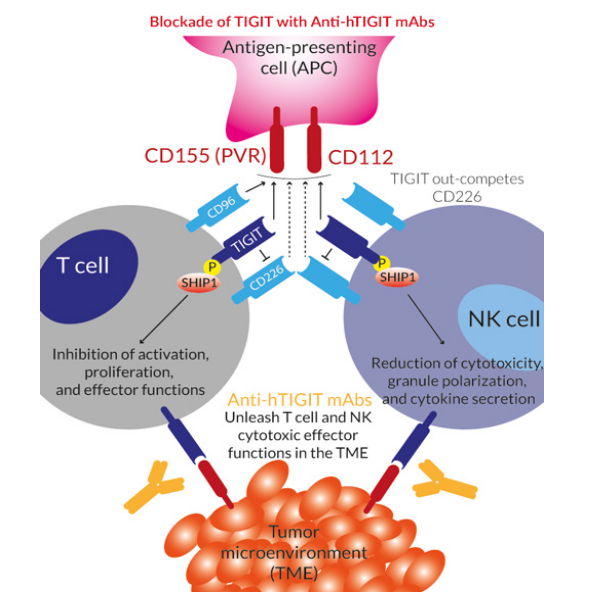 The Anti-hTIGIT isotype family is a collection of recombinant monoclonal antibodies (mAbs) that feature a:

TIGIT (T cell immunoreceptor with immunoglobulin and immunoreceptor tyrosine-based inhibitory motif domain) is an inhibitory checkpoint that has been implicated in tumor immunosurveillance [1]. TIGIT is weakly expressed or even absent on naïve cells but is rapidly induced by antigenic and other inflammatory stimuli on natural killer (NK) cells, activated T cells, memory T cells, and a subset of regulatory T cells (Treg) [2]. TIGIT binds to CD155 (PVR) and CD112 (PVRL2, nectin-2), which are expressed on antigen-presenting cells (APCs), T cells, and a variety of non-hematopoietic cells including tumor cells. Interestingly, TIGIT competes with CD226 (also known as DNAM-1) and CD96 (also known as Tactile) for the same ligands. Furthermore, TIGIT can bind directly to CD226 and block its co-stimulatory functions in the activation of immunosurveillance [1, 3].
Upon binding to its ligand, the cytoplasmic tail of TIGIT is phosphorylated and SHIP1 is recruited, which results in the blocking of the NF-κB, P13K, and MAPK signaling pathways [2, 3]. The combined effect of TIGIT on these pathways leads to a strong reduction of cytotoxicity, granule polarization, and cytokine secretion of NK cells, as well as inhibition of T cell activation, proliferation, and acquisition of effector functions [3, 4].

TIGIT in the context of cancer immunotherapy

The blocking of TIGIT is promising in cancer immunotherapy due to it being highly expressed in human and murine tumor-infiltrating lymphocytes (TILs), it is poorly expressed in peripheral lymphoid organs and is highly enriched in tumor tissue, and its ligands are widely expressed on tumor cells [2]. Furthermore, it has been established that TIGIT synergizes with other co-inhibitory molecules to dampen effector T cell responses and to promote T cell dysfunction. Thus, combinational therapies are highly favorable. The blocking of TIGIT and PD-L1 has shown synergistic effects in a murine tumor model, with enhanced effector functions and reversed T cell exhaustion resulting in complete tumor rejection and induced protective memory responses. A similar synergistic effect has been noted with PD-1 and Tim-3 [1, 3]. Interestingly, TIGIT’s role in the tumor microenvironment may also be intertwined with the microbiome. The suppressive function of TIGIT is exploited by a bacterium often found in the TME of colorectal cancers, Fusobacterum nucleatun, to inhibit protective immune responses [5]. TIGIT has demonstrated great promise in preclinical models as a new target for cancer immunotherapy and the ongoing clinical trials will determine if TIGIT has an important role in the next generation of immunotherapy. 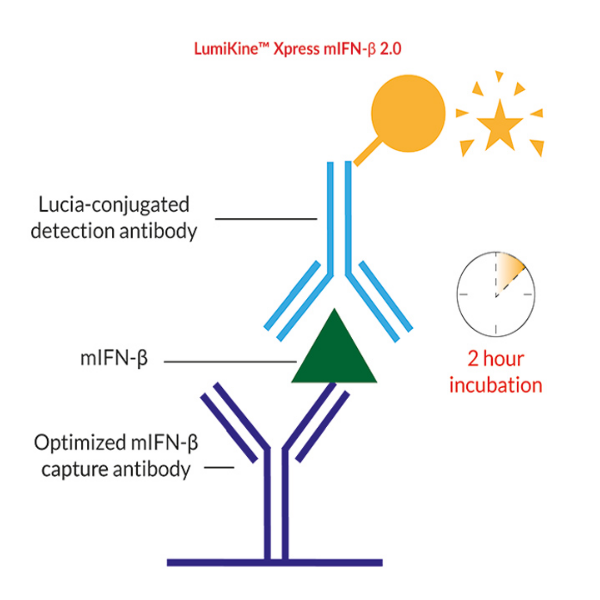