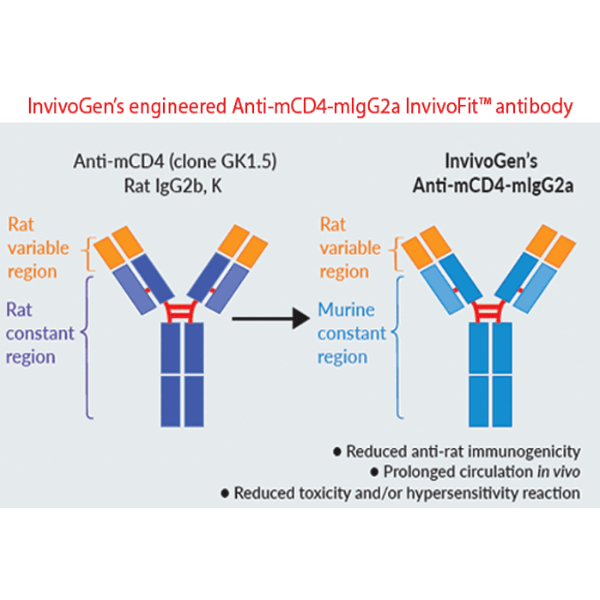 CD4 is a transmembrane protein primarily expressed on most thymocytes, and highly expressed by the peripheral mature CD4+ T cell population, including T helper (Th) and regulatory T (Treg) cells [3]. Other immune cells, such as monocytes and macrophages also express CD4, albeit to 10- to 20-fold fewer levels compared to T cells [4].

The anti-mCD4 GK1.5 mAb is commonly used for in vivo depletion of the CD4+ T cell population to study the role of this T cell subset in various immune responses, including anti-pathogenic responses, auto-immunity, cancer, or transplantation [5]. Depending on the nature of the experiment, extended treatment schedules (up to several months) may be required. Upon repeated injection of a xenogeneic mAb, mice produce anti–species antibodies, causing the removal of the administered mAb from circulation, thereby considerably reducing treatment efficacy. Moreover, this immunogenicity can lead to fatal hypersensitivity reactions [5-7] which can be reduced by mAb murinization [8].

Anti-mCD4-mIgG2a InvivoFit™ is produced in Chinese hamster ovary (CHO) cells, purified by affinity chromatography with protein A, and provided in an InvivoFit™ grade, a high-quality standard specifically adapted to in vivo studies. The specific binding of this mAb to cell surface mCD4 and its in vivo depleting function have been confirmed (see Figures). 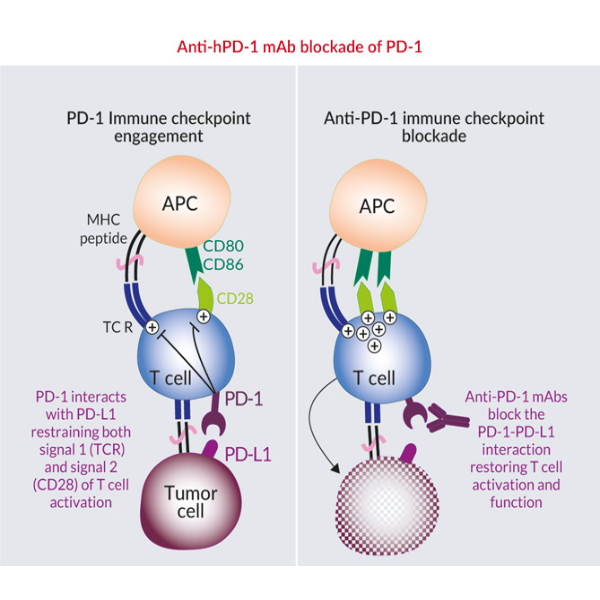 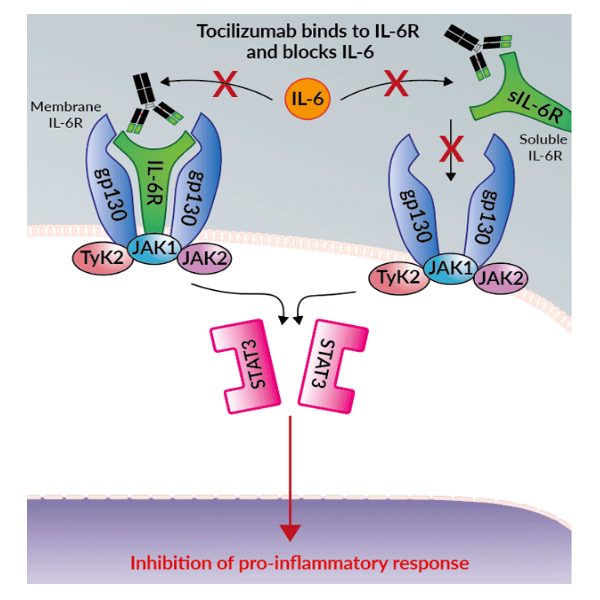